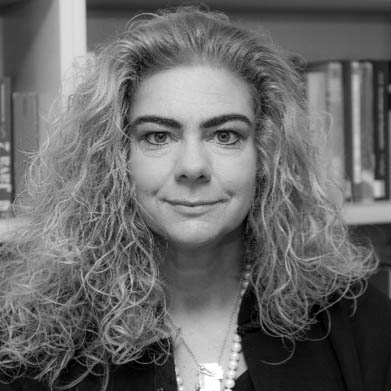 Currently, we are experiencing the rapid expansion of artificial intelligence (AI) technologies, which, in conjunction with other developments in cyber-physical systems, the Internet of Things, and Industry 4.0, is leading to breakthrough applications in industry and research. For example, autonomous systems are being developed to not only provide the factory floor with new capabilities, but also to change the way people interact with technology in everyday life. The interaction between AI and autonomous systems is leading to the development of advanced mobile robotic platforms for unstructured, highly demanding environments. The self-driving Google car and its siblings illustrate this trend, and represent as forerunners of this new paradigm. In particular, the human-machine interaction has to reach new levels in order to integrate these robots smoothly in the established structures in towns, private homes and the working world. This will entail many challenges, including ethical ones.

Within this talk, new trends in robotics will be discussed. In particular, the interconnection between artificial intelligence, cognitive systems and robotics will be illustrated. Different paradigms concerning the shape of robots (humanoids, robots on wheels, animal-like robots, industrial robots and others) will be analyzed with respect to their application areas, but also with respect to their physical realization. An important concept of robotics is given by the design of distributed systems as realized in the “smart dust” concept and car2infrastructure communication model.

Clearly, big data and its analytics have to be considered a critical element of robotics. At the same time, the connection between robotics to certain areas of HPC becomes obvious. That fact that mobile robots, such as drones, will be required to perform complex tasks in unpredictable environments creates a number of challenges with regard to computational density and power usage, thus, new models for the allocation of HPC technologies in robots will become necessary.

Since 2009, Sabina Jeschke has headed the Cybernetics Lab IMA/ZLW & IfU at the RWTH Aachen University. In 2004, following her studies in physics, computer science and mathematics at the Berlin University of Technology (TU Berlin), and research stays at NASA (ACR) and Georgia Tech, she was awarded her doctorate degree. After a junior professorship and director position in the development of the university’s media center at TU Berlin from 2005-2007, she obtained a full professorship at Stuttgart University. While simultaneously directing the Central Information Technology Services (RUS) from 2007-2009, she was appointed full professor at the faculty of mechanical engineering at the RWTH Aachen University (2009) and vice dean of the faculty (2011-2016).

Her principle research areas include distributed artificial intelligence, robotics & automation, traffic & mobility, virtual, and innovation & future research. Sabina Jeschke is chairwoman of the board of management of the VDI Aachen, a member of the supervisory board of the Körber AG, an alumni of the German National Academic Foundation, and an IEEE Senior and Fellow of the RWTH Aachen University. She was awarded a one of Germany’s digital heads (GI, 2014) and honored with the golden Nikola-Tesla Chain (IGIP, 2015).