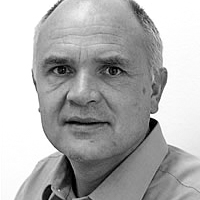 In recent years, the aeronautical industry has established numerical flow simulations as a key element in the aerodynamic design process, complementing wind tunnel and flight testing. Consequently, nowadays numerical simulation is already an important cornerstone for aircraft design. The continuous development of physical models and numerical methods, along with the availability of increasingly powerful computers, suggests using numerical simulations to a much greater extent than in the past. This will radically change the way aircraft will be designed in the future.

With suitable high-fidelity multidisciplinary simulation methods at hand, the flight characteristics of an aircraft may be determined through numerical computation, and critical conditions of the flight envelope can be flown virtually before the real first flight is performed. The realization of the vision of an aircraft performing its maiden flight in a virtual computer environment, i.e., flying a virtual aircraft, offers the opportunity for a substantial reduction of development risks. It also offers the prospect of significant cuts in development costs through stepwise certification. Therefore, considering the future challenges for the aircraft industry, numerical simulation is considered as a key technology for future aircraft design and development and, as a consequence, industrialization of advanced simulation is being highly prioritized worldwide.

However, today the application of highly accurate methods is mainly limited to the design point. To cover the whole flight envelope, we face, on the one hand, more complex flows, which require advanced simulation capabilities and set-ups, and on the other hand, a considerably increased number of simulations to be computed. The continuous and quite rapid increase in compute power that has been observed for decades seems to go in line with these requirements. For the last decade, however, increase in compute power has been achieved by rapidly increasing the processor core count, rather than by increasing clock frequency. Thus, being able to efficiently make use of highly parallel HPC hardware has become crucial. With legacy codes that have developed over decades using an MPI-only (flat) parallelization model, scalability flattens off – resulting in new hardware that no longer speeds up simulations.

At German Aerospace Center, these challenges with regard to simulation software for computational fluid dynamics (CFD) are being addressed. As part of this effort, a next-generation CFD software code, known as Flucs, is being developed to provide the basis for a consolidated flow solver. It offers high flexibility across a wide range of multidisciplinary applications, using modern software techniques.

It is also designed to be able to utilize future HPC hardware. For instance, Flucs follows a multi-level parallelization that features a shared-memory level, in addition to the established domain decomposition for distributed memory, to allow for a significantly improved parallel scalability. Moreover, Flucs features a higher-order Discontinuous Galerkin method, in addition to a 2nd-order finite-volumes discretization. These two simulation approaches are highly integrated to maximize code reuse (minimize source-code duplication). These and further design aspects of Flucs that aim to tackle the challenges of future aircraft design are presented at the conference, as well as simulation results demonstrating its current capabilities.

1981: Diploma in mathematics, University of Bonn

since 2007: Head of Center of Computer Applications in Aerospace Science and Engineering (C2A2S2E)